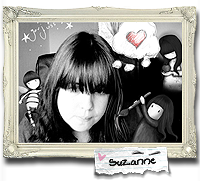 Hello, welcome to Suzanne's wee nook. She is a 30-ish, stripey sock wearing girl from Glasgow Scotland, She spends most of her time buried in piles of Paper & Pens, scribbling furtively to the sounds of melodies in her head. She is married, with a very charismatic, yet moody cat and 3 ( not quite as moody) children. She hopes one day her hair will be long enough to give Rapunzel a run for her money, and that she'd be able to keep a raindrop as a pet & feed it rainbows (of course)

Anger. Dread. Insomnia. Depression. Palpitations. Hallucinations. Seizures. These are just several of a long list of symptoms brought upon by Delirium Tremens, a severe and horrific illness caused by withdrawal or abstinence after heavy alcohol and other addictive substance abuse. Judy Garland, Jimi Hendrix, and Edie Sedgwick, amongst many others, tragically suffered from the severe pain of this disease and the untreated mortality rate of delirium tremens is up to 35%. The condition has been referenced by a wide range of writers, musicians, and filmmakers – from Mark Twain, Jack Kerouac, and George Orwell, to Aerosmith, “West Side Story”, and “The Simpsons”.

For this show, the artists have considered what the essence of Delirium Tremens – withdrawal, loss, and the accumulation of physical, emotional, and psychological pain that subsequently rushes through their bodies – means to them and interpreted it in their own ways. Their inspiration has come from their individual life experiences, with some artists directly relating to the strict definition of the illness and others capturing the trembling anguish of sweaty, sleepless nights, emotional volatility, and confusion caused by other personal dramas. The pulse of the show, akin to the illness itself, is dramatic, restless and irregular, as the artists reveal a dark, fearful edge to themselves that is both slightly disorienting and addictively transfixing at the same time.

The gallery is open Wednesday through Sunday 2:00PM to 7:00PM and by appointment.